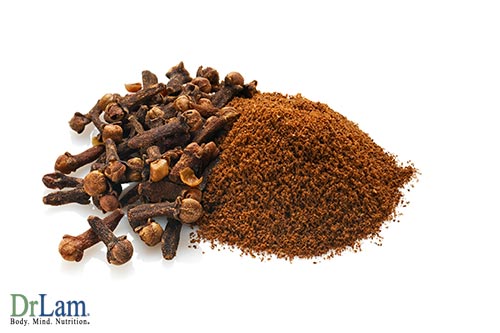 The classic slogan we are all so familiar with, “America runs on Dunkin,” isn’t too far fetched. Millions of Americans enjoy doughnuts with their coffee daily. They are served at office meetings, baseball games, school gatherings and other functions all over the county. They are a sweet and delicious treat, and hard to resist! However, for the health conscious, diabetics, or weight watchers, they could be dangerous. They contain a lot of sugar, food coloring, additives, and are high in trans fat, and unnecessary calories. Nothing against some of our favorite doughnut shops, many do have some health conscious choices on their menus now, but doughnuts just aren’t one of them. Now, there is good news! Introducing the Chai Golden Milk Doughnuts, the healthy choice for those who have a sweet tooth, but still want to make sure everything that they ingest benefits, not injures, their bodies. Now you can enjoy healthy doughnuts instead something that will make you feel terrible later.

What’s Wrong With a Traditional Doughnut?

Making bad food choices, like eating doughnuts, too often can lead to serious problems. For starters, sugar can land you in the dentist’s chair. It causes tooth decay and cavities when left on the teeth. It is recommended to brush after each meal, but usually, this is not a feasible option.

When eating food that contains sugar, you also put your mental clarity at risk. Sugar and other toxins are known to slow the body down, leaving one tired, lacking energy, and in a foggy mental state. Those are the best case scenarios. Researchers have now directly linked the consumption of sugar in large quantities to obesity and diabetes. Your best choice is just to stay away!

Everyone loves the flavors and colors of fall.

With the golden-glow from turmeric and the autumn flavor of the chai spices and cashew frosting, the Chai Golden Milk Doughnut is a great sweet to celebrate the season. Although many people celebrate the holidays by decorating, dressing up, or attending festivities and events, even more, celebrate with food! And what better way to enjoy the season but with a healthy dessert adrenal fatigue.

The Chai Golden Milk Doughnut recipe contains several ingredients that are worth a mention.

Spelled flour. Spelt is an ancient grain that has been used in the middle east since 6000 B.C., and just over the past 100 years has it gained popularity in North America, loved for its nutty flavor and nutrient content. Like others in its family – wheat, barley, and rye – spelt is a gluten grain, but with a tougher husk, which helps keep the nutrients intact inside the grain, making it a healthier choice in flour. Although it is a gluten product, it is not identical. Its gluten content is not as strong as wheat. A chai golden milk doughnuts recipe calls for a flour base and spelled is a wise choice.

Coconut sugar. Coconut palm sugar is made from the sap of the coconut palm. The great thing about using this type of sugar is that it is 70 to 79% sucrose and only 3 to 9% each of fructose and glucose. This works as a great alternative to regular sweeteners, helping to keep your consumption of fructose as low as possible. Brown sugar or palm sugar can be as much as 50% fructose.

Turmeric. If you could choose one spice to add to all your foods, this would be it. Turmeric has been used in Ayurvedic healing for over 2500 years and continues to have health benefits revealing themselves year after year. From cancer protection and prevention, its well known anti-inflammatory benefits, turmeric is a superfood.

Cinnamon. Described as nothing short of astonishing in its health benefits, cinnamon was once considered more valuable than gold. It has antifungal, antibacterial, and antiviral properties. It has been proven to be an effective tool in managing high blood pressure and type 2 diabetes, lowers blood sugar levels and cholesterol, and even has anticarcinogenic properties.

Ginger. Ginger is one of the oldest home remedies known in herbal medicine. As one of the most ancient spices in the world, it is extremely well known for its wide variety of health benefits. Ready? The list is long! Ginger improves bone health and respiratory conditions, strengthens the immune system, relieves symptoms associated with arthritis, menstruation, nausea, and the flu, prevents cancer, increases the appetite aids in digestion, as well as reducing gas and enhancing sexual activity. It has a strong distinct taste, but it is a great ingredient to add to your chai golden milk doughnuts recipe.

Cloves. Clove is the dried flower bud from the Syzygium aromaticum tree. They are one of the spices indigenous to Asia, and surprisingly, also contain a wide variety of health benefits. It fights cancer and boosts the immune system, as well as aiding in digestion and controlling diabetes, and contains antimutagenic and antimicrobial properties. Cloves contain protein and traces of nutrients such as calcium, iron, magnesium, phosphorous, potassium, sodium, zinc, vitamin C, thiamin, riboflavin, niacin, folate, vitamins B6, B12, A, E, D, and vitamin K.

Soy milk. There are many reasons why people are choosing soy milk over dairy milk. Many find they are lactose intolerant or dairy sensitive, and many choose soy milk for ethical reasons. It also has many health benefits over dairy. Soy milk is naturally low in fat, and due to its plant derivatives, it is also free from saturated fat and contains no cholesterol. It is a highly digestible form of protein and it is a good alternative to milk in a chai golden milk doughnuts recipe website here
.

Coconut oil. There are literally hundreds of benefits of coconut oil. This super oil aids in skin and hair care, weight loss, digestion, heart health, and building immunity against infections and illnesses. It is an extremely wise choice in oil selections for baking.

Vanilla extract. Even your vanilla extract has health benefits, but make sure you avoid the artificial brands derived from chemicals extracted from coal tar and wood. Always read your labels to ensure you are choosing the right one. An all-natural extract derived from the vanilla bean contains numerous antioxidants that fight free radicals and toxins, and it has anti-inflammatory abilities.